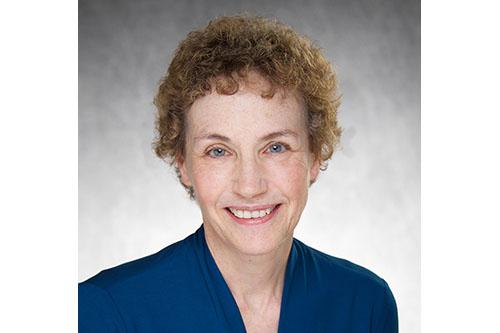 Gail A. Bishop received the Ph.D. degree in Cellular and Molecular Biology from the University of Michigan, Ann Arbor, MI, in 1983. Her doctoral thesis focused upon the immune response to Herpes Simplex virus, under the mentorship of Drs. Joseph Glorioso and Stanley Schwartz. This was followed by postdoctoral work at the University of North Carolina, Chapel Hill, NC, in the laboratories of Drs. Geoffrey Haughton and Jeffrey Frelinger, focusing upon understanding the molecular mechanisms of B lymphocyte activation and the structure-function relationship of B cell signal receptors.

She was appointed Assistant Professor of Microbiology at the University of Iowa in 1989, was promoted to Associate Professor with tenure in 1994, and to Professor in 1998.  She was appointed as endowed College of Medicine Distinguished Professor of Microbiology in 2001, and Holden Chair of Cancer Biology in 2004.  From 1998-2013, she served as the Director of the Ph.D.-granting Immunology Graduate Program.  In 2004, she was appointed Associate Director for Basic Science Research of the Holden Comprehensive Cancer Center.  She currently serves as Director of the Center for Immunology and Immune-Based Diseases.

Dr. Bishop served as both an Associate and Section Editor of The Journal of Immunology. She served on the Cell Biology and Signal Transduction grant review panel of the National Science Foundation, the Microbiology & Immunology review panel of the American Heart Association, and served as both a member and Chair of the NIH Tumors, Tolerance, and Transplantation study section.  In 2003 she received the University of Iowa Graduate Mentoring Award, and in 2009 was awarded the Iowa Technology Association’s “Woman of Innovation” award for academic research innovation and leadership.  Dr. Bishop received the Bonazinga Award for excellence in Leukocyte Biology Research from the Society for Leukocyte Biology in 2015, as well as the State of Iowa Regents Award for Faculty Excellence.